Isn’t the Internet AMAZING? Or, now this is what I call breadmaking 101

Earlier today, I followed the instructions in the booklet that came with my bread machine for ‘basic white loaf’. I hit the button marked ‘dough setting’ and then walked away. In fact, I even forgot all about it, as I sat back down at my desk to work. Then came the bells and whistles a few hours later, and I thought, oh wow! It’s time to seek out the slow cooker from wherever it has ended up in the garage…

Call it a Crock Pot if you’d rather, but the main thing here is, it’s not an oven. I lined it with baking paper and dumped the results of the bread machine’s morning’s work straight in there without even feeling remotely tempted to flour or knead anything first. Since I am trying to be slightly scientific about this, it is perhaps worth noting that the dough itself seemed quite tight to me compared to usual, but then, to be fair, what do I know about bread making anyway?! Besides, I was too busy congratulating myself on the decision to buy a completely glass slow cooker, since for the only time I can ever think of, it is actually going to be interesting to know what’s happening in there while it’s on.

In fact, it got quite interesting almost immediately. Here are three photos, taken mere seconds apart. In the interests of precision, let’s call them, lid off, lid on, and hey look, it’s getting steamy in there already, respectively. 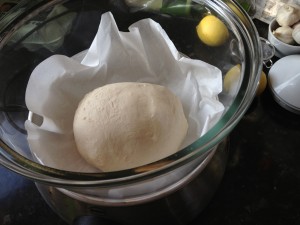 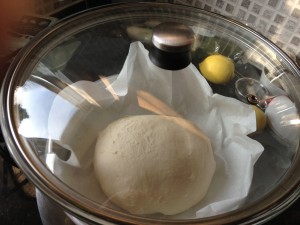 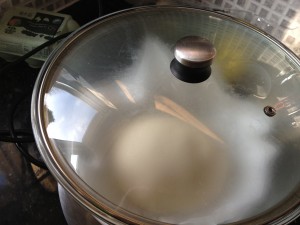 Next, I set the timer for an hour, and came up here to spread the word a bit.

In the interests of full-disclosure, I need to point out that it was not my idea to bake bread in my slow cooker, but rather an idea which caught my eye when I saw on Pinterest that my friend Nancy had added this to her board.

The real credit (see how confident I am in already assuming this has worked out?!) should probably go to the folks at Artisan Bread in Five Minutes. I gather they also have a Challah recipe that is well worth investigating further, although presumably they don’t do this in a slowcooker.

ONE HOUR LATER…
I think it’s fair to say that what we’re looking at here are variables. 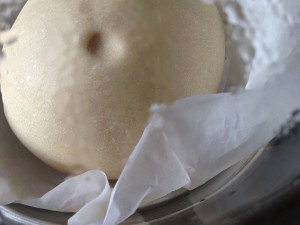 Is it because the dough was machine-made?
Or it’s the wrong sort of slow cooker?
Or a different sort of flour?
Or water?
Or because it’s me and not skilled people conducting the experiment?

All I can say for certain is that at the one-hour mark, this loaf is still more dimple-able in texture than crusty.
And yet, the bottom is cooking, and there is an aroma of freshly baking bread wafting through the house… Another 30 minutes?

Here is the final result…which now has to cool before slicing. Because I don’t want to damage the hedge trimmer.

I’m guessing you think it is really big. But actually, I would describe it as fairly average, as loaves go. So for comparison, I am also adding in another loaf, that someone else made earlier. 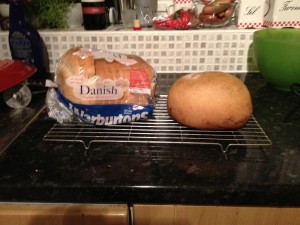 I’d obviously like to be able to tell you that this exquisite example of a Danish loaf was bought specially to celebrate the fact that The Killing is back on our screens on Saturday night. But the truth is, it’s just here because this is the toasting loaf we always buy, since it fits the best in the toaster we never should have bought in the first place, since almost no pre-sliced loaves fit in it. However, this hopefully won’t be a problem for much longer, because I have now ordered a copy of the real instructions for making this bread.

Later, we will slice and eat it. If this works, I’ll post an update here. If not, you’ll know not to try this at home yourselves.